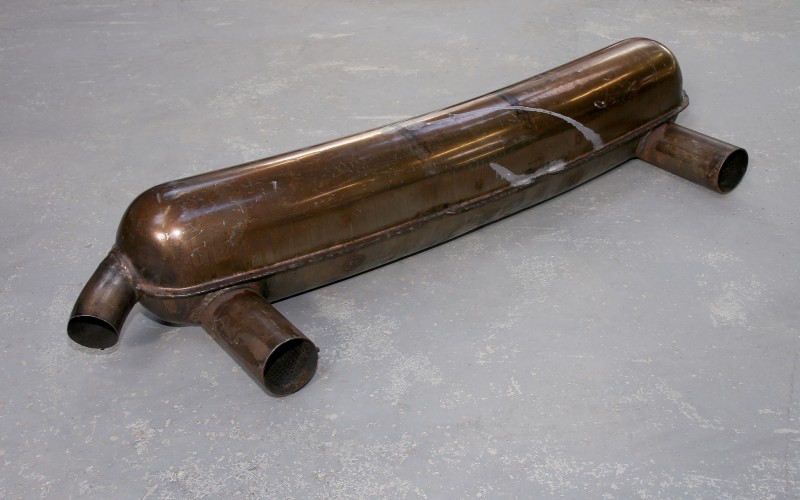 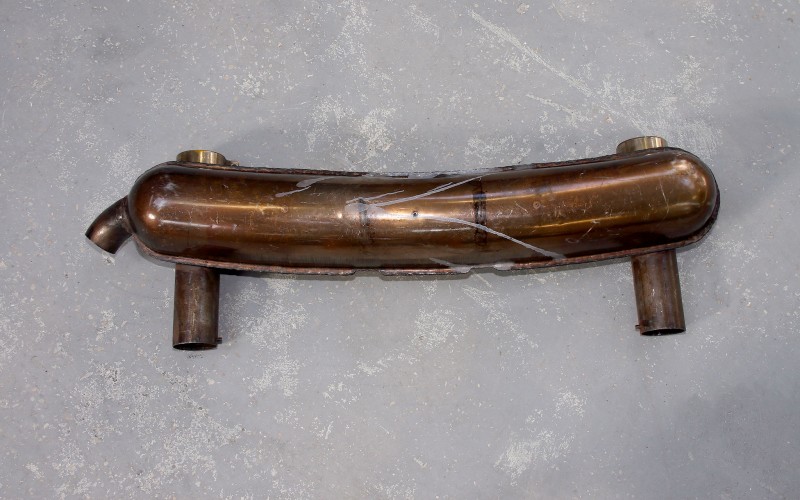 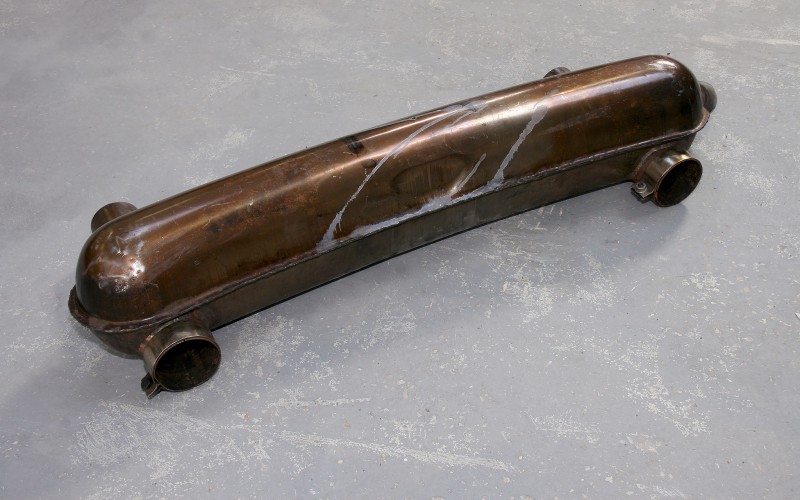 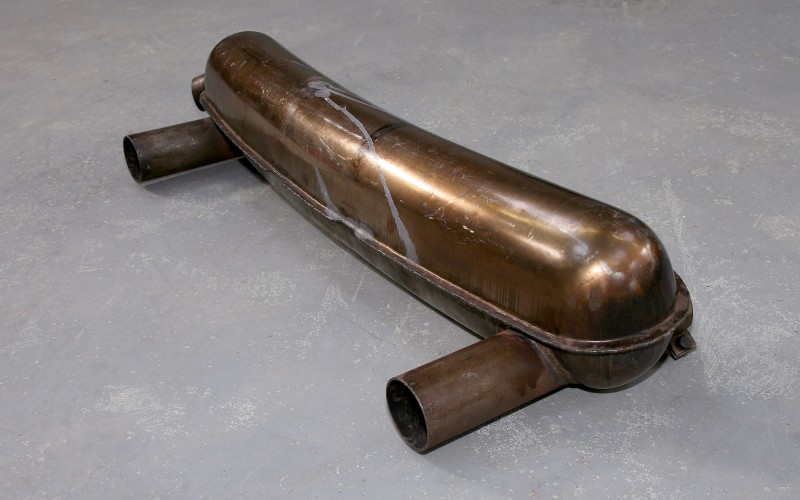 The 911 R was developed by the racing department of the German firm in 1967 in order to consolidate its already strong sporting reputation with a new car based on the 911 . Body and interior lightened seriously , bodybuilder engine , revised exhaust , banana proposed here is part of the means used to gain power .

This part, fitted as standard on the 911 R by the Porsche factory , is new.

The 911 R was produced in only 20 copies! Suffice to say that this part is rare.

The three exits allowing power switch between the position with the two open rear outputs and closed the left side exit for running events , and the reverse for the road section giving a wise tone.

It should be noted that this was definitely a banana support piece and has been little used , not possessing the two blanking plugs .